B. e A. Marcello. Arianna abbandonata & other Cantatas 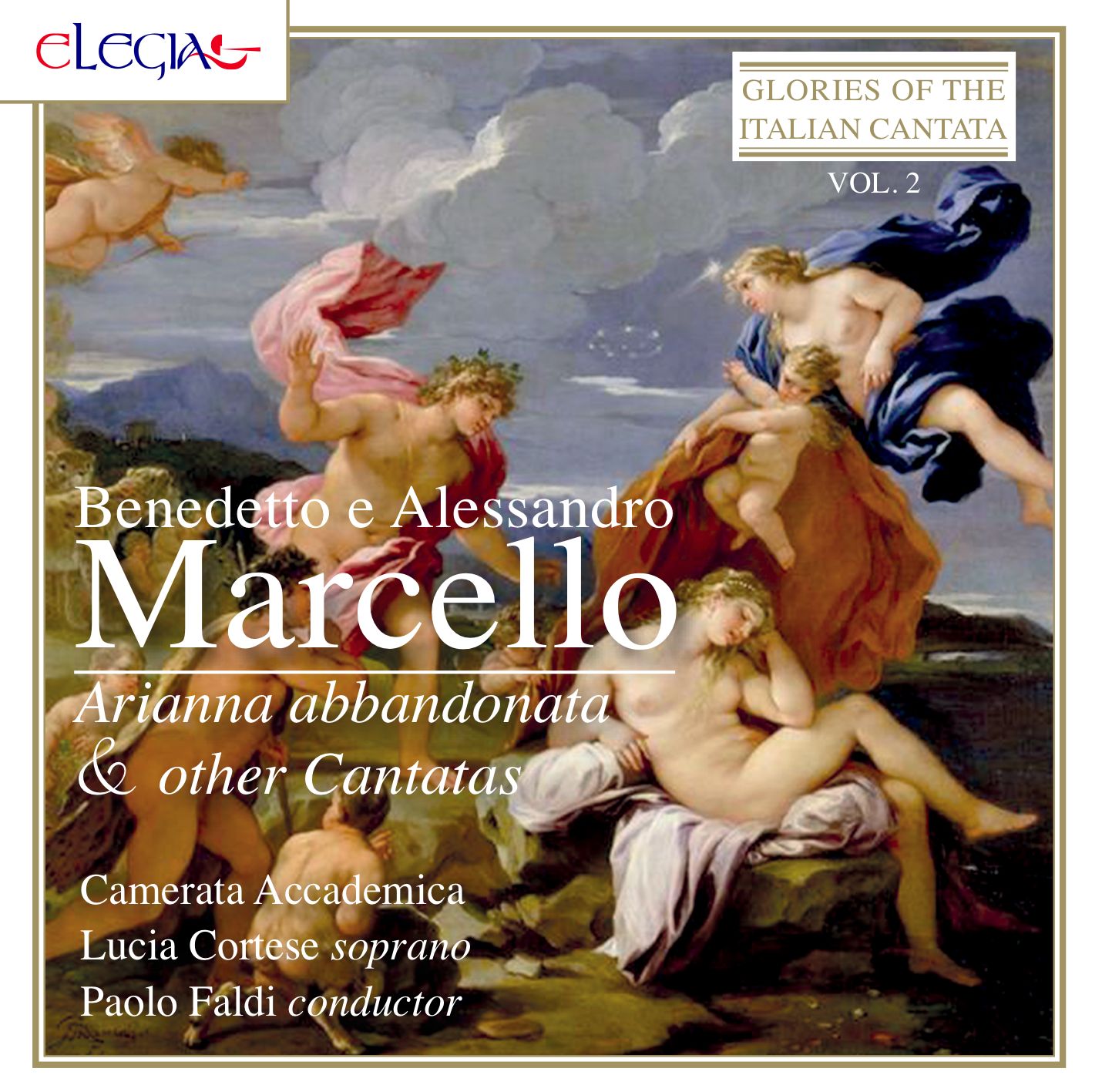 The brothers Marcello, Alessandro and the more famous Benedetto, were born into an illustrious patrician family in Venice in 1684 and 1686 respectively. The eldest, with his eclectic talent, proved to be attracted to both the arts and the sciences from an early age; the youngest, better known as the “prince of sacred music”, was about to study the violin very young. According to legend, still children, Alessandro mocked him for his lack of talent in front of the princess of Brunswick, which made him swear to devote himself to musical studies in a zealous manner. Later he learned the art of composition and harpsichord, and, became undisputed his musical talents, he had to stop training to undertake the traditional cursus honorum reserved for young patricians. Benedetto became a lawyer, held throughout his life not very prestigious public positions, which, along with his activities as a poet and philologist, did not distract him from his main occupation, which led him to compose over 300 cantatas, 4 oratories, several works for theater including serenades and dramas for music, and a substantial instrumental production. Unfortunately, Alessandro’s musical production has largely been lost. His cantatas were often published under the pseudonym Eterio Stinfalico and often performed by Farinelli in Rome. Benedetto’s interest in the same genre manifested itself in a particularly intense way from 1713, fascinated by the possibility not only of producing the music, but also of writing the lyrics. It was a field of continuous experimentation, while maintaining the cornerstones of the form. His cantatas are in fact characterized by the typical alternation of recitativo and Aria, where the first has both the role of introduction and detachment between the two lyrical parts. The two Arias generally have different tonalities and rhythmic cadences; they present the da capo, conceived by Alessandro Scarlatti, and are preceded and followed by purely instrumental episodes. The vocal style is close to the ideal of eighteenth-century bel canto. The first three cantatas are by Benedetto, while the last one belongs to the production of Alessandro. Arianna abbandonata, which subject is well known in the history of music (also composed as scenic piece by Benedetto himself), is driven between waves of conflicting feelings. The recitativi rich in pathos, focus on the rendering of the text from the musical point of view, such as the placement of dissonances in conjunction with the term «aspro» (harsh), or rhythmic changes simultaneously with the appearance of adjectives such as «orrendo» (horrible) and «crudel» (cruel). In the Arias, on the other hand, the drama experienced by the young Arianna, archetype of all “seduced and abandoned”, becomes milder, lulled by an instrumental treatment by pastoral climate. The second of them in particular, which we could define as “hopeful”, sees the protagonist removing the pain thanks to the «dolce foco in petto» (sweet fire in the chest), perhaps an omen of the arrival on the Island of Naxos of her future husband, Dionysus. The next cantata, Quanto fu lieto, opens with a sinfonia with the agogic indication Presto, which presents a central section with a contrasting trend (Largo), testifying to an increasingly refined and narrative use of instruments only. The core of the composition is again the abandonment, the lacerating detached, the memory of a passion now distant; the story goes from the blessed day of their meeting and the falling in love in the first recitativo, to the escape of Silvio, who «Co’ strali ardenti ferisci il core» (with burning arrows wound the heart). The girl’s fervent desire first passes through words of sorrow and then changes into ardent intensity, imagining a return of the beloved in his arms. Even in the small jewel Qual turbine, the obligatory instrumental parts eclipse the role of the continuous. The cantata is immersed in an amazing atmosphere Strum und Drang, where the fury of elements at the mercy of which the «naufragante timido nocchiero» (shipwrecked shy helmsman) remains inert, followed by serene brush strokes of a calm sea. The figurative component is here very much sought after. The narrator, recognized himself in the surviving helmsman in the sea of love torment, sings, in the closing Aria, his pessimism in not being able to find in that ocean the star that can guide him in a stable and safe port. Irene sdegnata, composed by Alessandro, is a cantata of “curse”. In the encounter with Arianna had been mitigated by the hope of a heart full of love, Irene has a completely different temperament. She does not imagine, like Silvio’s lover, a reunion, after a foregone forgiveness on her return, nor does she mourn as in a shipwreck. She condemns «l’empio Fileno, […] Spietato! Tiranno» (the wicked Philenus, ruthless, tyrant) to meet the wrath of heaven, earth and sea, and hopes that his path will be full of unforeseen deaths. She is not a sweet girl who weeps her loneliness, who asks the Gods to reunite with her beloved: her is, at least, a petition for justice against the ungodly.
Creusa Suardi