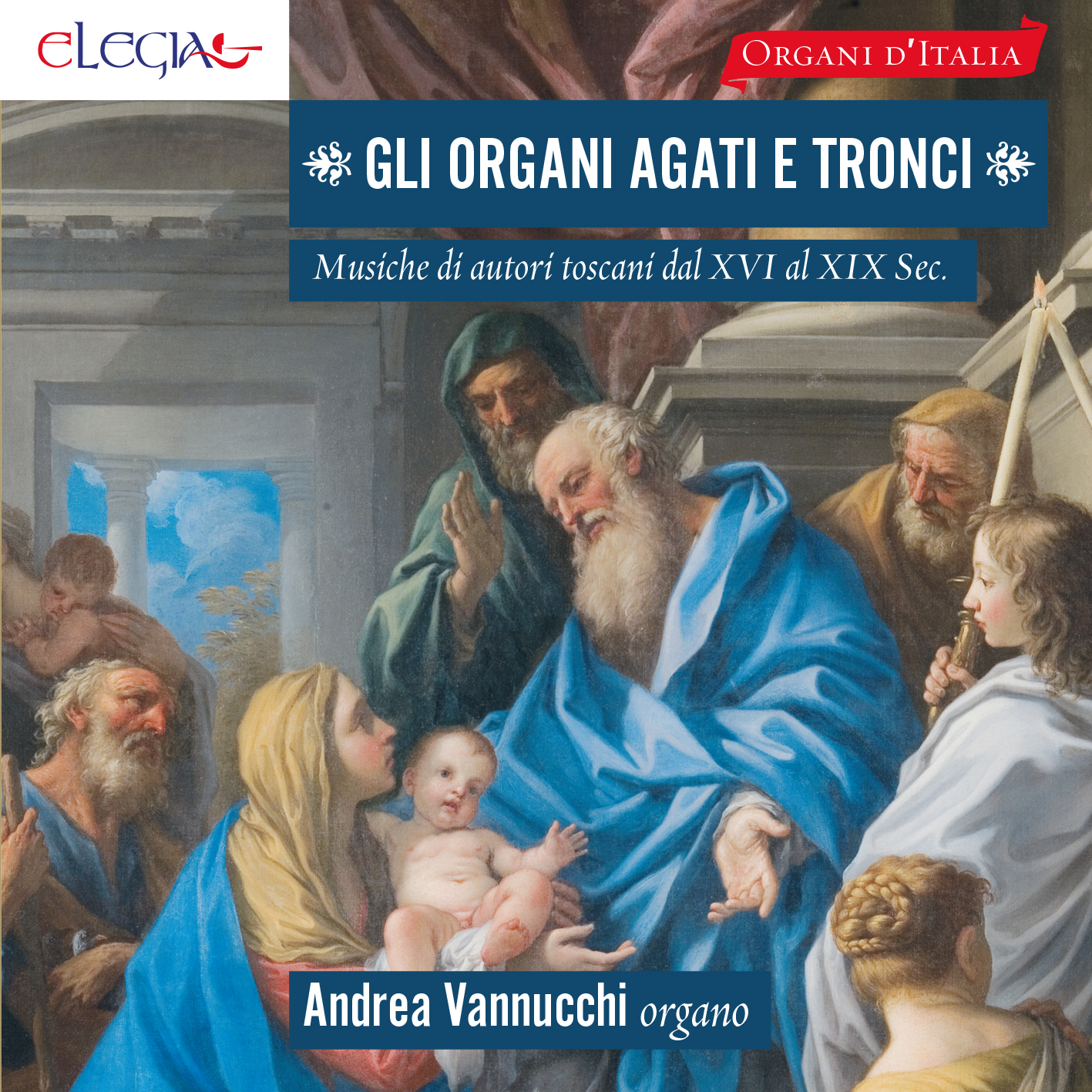 The art of building organs in Pistoia dates back to the Middle Age, when organists, non-autocthonous for the most part, were called in the city in order to make and preserve instruments. In the Baroque period, the most famous one was Willem Hermans, who built the monumental organ for the church of Sant’Ignazio di Loyola, in 1664. Except for the organ builder Piero Castagna and the short dynasty of the Quartieris and Pomposis, between XVI and XVIII century, a building school for organs started in Pistoia in the half of the XVIII century, thanks to the Agatis and the Troncis. About 1732, the two brothers Filippo and Anton Maria Tronci started to work at the organ builder workshop managed by Francesco Caciolli from Lucca, who had been living in Pistoia for some years. Filippo and Anton Maria focused successfully on organ building art and, when Caciolli died, they became the only owners of the firm, inaugurating the prolific season of the Pistoia school. The Troncis lived in a rented house, on the sdrucciolo della Sala, where they ran a chincaglieria workshop. In 1749 the Troncis moved to a property house in Corso, then, in 1758, they moved again to the Palazzo at 1120 Corso Vittorio Emanuele; two years later the building, purchased by Filippo for 1,100 scutes, was extended, restored and completed with an organ building workshop, on the ground floor. Meanwhile, Pistoia saw the birth of the prolific activity of Agatis, whose founder Pietro, aged seven in 1742, joined the company Caciolli-Tronci, learning the basic rudiments of organ building art as a boy-carpenter. Shortly thereafter however he was fired, due to «non-ordinary progress», which is why he moved to Bologna, where he learnt the art from the organ builder Filippo Gatti, from 1756 to 1759. He went back to Pistoia, where he worked with his wife Giustina Becarelli – the first female organ builder – and his son Giosuè: they all lived together in a house a few meters from the Troncis’ Palazzo and workshop. From there, they moved to the nearby already Franchini Taviani building. Renovation and enlargement of the elegant building, with an annexed organ workshop on the ground floor, were entrusted to architect Luca Agati, the brother of the more famous Nicomede, the last organ builder of the dynasty, who lived and worked in the vast rooms of the Palazzo at 1123 Corso Vittorio Emanuele. Palazzo Agati, nowadays the Chamber of Commerce, was the seal of a social and economic ascent for the family: from carpenters, the Agatis turned into skilled organ builder but the Palazzo was, at the same time the silent spectator of the decline of the Troncis, forced to sell their firm and house because of serious financial losses. As early as the mid-eighteenth century, the Troncis were considered one of the most important family in the field of organ art – obscured only by the growing competition of the Agatis – wealthy and with a social role well consolidated by marriages between noble families in Pistoia, such as the one between Filippo II and Polissena Gatteschi, from whom three children were born: Carlotta, Cesare and Luigi II, the latter heirs of the organ building tradition. The story of the Troncis, an expression of successful social and working reality, began to crumble in the forties of the 19th century, due to an economic and family crisis, whose protagonist was II, heir and continuer of his art, after his father and grandfather Filippo I. In 1845, while Filippo was in Rome to design the organ of Sant’Andrea della Valle and San Salvatore in Lauro one, in Pistoia his son Luigi, more and more pressured by the responsability of rising, hopelessly, the firm, escaped to Florence, angry and disappointed, and became a Carabiniere. He came back a few years later, moved by the conscious certainty that his place was in that firm that, before him, his ancestors had made great with so much intelligence, dedication and passion; he forgave his father before his death, in 1847, and from then on, had to face with his brother something that changed the story of his family. Filippo II’s debts were too big to be honored; in addiction not even the request from Bartolomeo Tronci – Filippo’s cousin and collaborator – could be estinguished: for several years, he insisted on paying for the work made and the interest rate for an old scroll left by his uncle Antonio Tronci, who was a canonico. In 1855 Bartolomeo, as a creditor of Luigi Cesare, started the ominous machine of failure by taking a lawsuit against his relatives, which led them to loose all their possessions. Luigi retired with his family in a rented house near Porta al Borgo, before leaving Pistoia to build organs all over country and abroad, including Alexandria of Egypt, leaving his brother Cesare and his son Filippo III to manage the firm that meanwhile was moved to via dell’Ospizio, in the former chiesa degli Zoccolanti (after a short period in via della Pillotta). Stubborn man with a sunny disposition, Filippo III Tronci succeded in reviving the social and working history. Thanks to him the last important season of building organ art began in Pistoia: in 1883, as the sole owner, he constituted the Company «Filippo Tronci-Nicomede Agati», later «Agati-Tronci», when Nicomede – because of the premature death of his grandson Luigi – surrended him his company, bringing together the story of the two illustrious artisan families. At the end of the century, Filippo Tronci estabilished a strong bond of friendship and intents with the most leading figure of Italian music culture - Giuseppe Verdi, Giacomo Puccini and Pietro Mascagni - thus entering the fertile musical atmosphere of the Italian 19th century. Filippo was the very last cavalier of building organ art, who never put his own interest ahead of the ones of his beloved art. He died in Lucca, on July 9th 1918. (Francesca Rafanelli)